Tidewater VA: The Beachy Side of Virginia 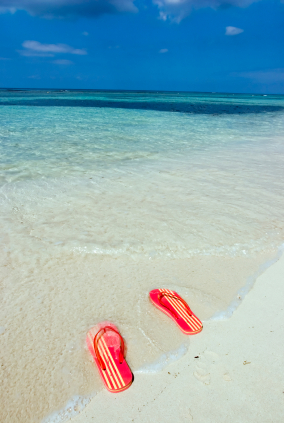 If you love all things beachy, the Tidewater area of Virginia which includes Norfolk, Hampton, Chesapeake, Williamsburg, and Virginia Beach, is for you!

Virginia Modular Homes 1st has built many homes in this region, so we are very familiar with it.

And while Virginia’s climate, in general, has been described as a “Goldilocks Climate,” (It isn’t too hot or too cold), the Tidewater area is definitely more humid.

You’ll find summers “sticky” because the area is surrounded on three sides by water. Plus, there are the Potomac, Rappahannock, York, and James Rivers, as well as their tributaries which contribute to the humidity.

Since humidity is so high in this area, it’s one of the many reasons new homeowners choose to build a modular home. The entire homebuilding process is completed indoors under climate-controlled conditions.

Unlike stick built homes, modular homes are never exposed to the elements. That’s an important consideration if you choose to live near the ocean! Humidity can wreak havoc on building materials.

American History and the Tidewater Area

It’s hard to believe that the small group of Jamestown colonists in 1609 would eventually grow to a population of over 1.7 million!

Now, colonial history is big business here in the Tidewater area. People from all over the country come to visit the place that was the birth of our nation.

The Jamestown-Williamsburg-Yorktown area, the history hub of the Tidewater region, has a wide variety of sightseeing activities. In the old town of Williamsburg, you can still see the governor’s mansion, period shops and houses, as well as their botanical garden.

Jamestown is most famous for the mysterious destruction and disappearance of its original inhabitants. Yorktown, on the other hand, is where the Revolutionary War ended.

Tidewater, VA and Its Sea History

You really can’t think of Tidewater without the sea; the two are as connected as water and land.

If you are a pleasure boater, you can sail from New Jersey to Texas via the Intracoastal Waterway, which passes through the area, without ever experiencing the violence of the sea.

Virginia Beach is a popular venue for Virginia ocean lovers. It stretches out along the Atlantic Ocean to the mouth of the Chesapeake Bay with many resorts, hotels, and businesses.

Virginia Beach also constructed an aquarium in the 1990’s which houses many sea creatures from the area. Well worth seeing!

However, it’s the US Navy that remains the main sea tradition focus here in Tidewater. The Harbor, which consists of the mouths of the James and Elizabeth Rivers, is one of the world’s largest natural harbors.

The US houses the largest naval base in the world in Norfolk, VA, and the largest contingency of warships. Almost all attack submarines and surface ships on the East Coast reside here, too.

Hard to believe that peanuts, hams, and seafood could all be tasty foods to enjoy here in the Tidewater area, but it is!

It was in the 17th century when settlers learned from the Indians how to smoke and preserve meats. And they learned the lesson well!

Today, Virginia has an international reputation for its country hams. Most famously are the Smithfield hams.

Then there are Virginia peanuts, big, fat, fancy peanuts that grow in a great bounty here. In fact, Virginia peanuts are the largest of the four types of peanuts grown in the US.

If you want it all in one place, the Hampton Roads region is known equally for its seafood, ham, and peanuts. There’s an endless variety of foods to enjoy.

And most importantly, the Tidewater VA area is a great place to raise a family. Big on family values and community, it's a place where you can put down roots and enjoy life.

If you’re thinking of building a home or a business in the Tidewater area, please contact Virginia Modular Homes 1st.  As an experienced East Coast builder, we are very familiar with the Tidewater VA terrain, building codes, which are often complex and stringent, as well as the complicated codes and regulations.

To learn more about the tremendous quality and value of choosing to build a modular home, visit our website.